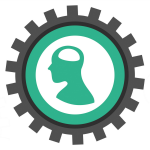 Lori Pinkerton-Rolet and Charles Crawford met at the first ADR Group annual national mediation competition held in December 2013. They came first and second respectively in the Individual Mediator competition after working together in a team mediation.

They offer clients across the creative industries, and their lawyers, a unique combination of practical mediation skills: sensitivity, subtlety, diplomacy, experience, confidentiality and good sense. 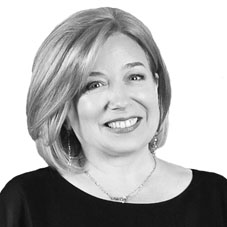 Drawing on her experience as President of the British Institute of Interior Design (BIID), a member of the Construction Industry Council, Lori Pinkerton-Rolet has led successful mediations involving construction and related problems. She spent six years as principal of a construction firm, and 23 years leading a design company. Her residential, hotel and development design work has won international acclaim. In 2012 she was awarded the BIID’s lifetime achievement award, The Award of Merit, for contributions to Interior Design.

Lori facilitated industry participation in the 2012 Olympic Games bidding procedures in conjunction with the Department for Business Enterprise & Regulatory Reform (BERR). She has been part of the team updating the design industry Standard Form of Contract CID ’14, published with RIBA Enterprises.

She is a leading expert on design criteria for the residential care sector and won a 2014 Pinder Care Design Award. Lori is an ADR Group accredited Civil and Commercial Mediator and has the international INADR qualification. 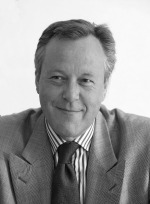 Charles Crawford joined the Foreign and Commonwealth Office in 1979 and became an international expert on the transition from communism in central/eastern Europe.

He has immense experience in senior diplomatic and other negotiations, including negotiating with the Russians during a major bilateral spy scandal, engaging with Balkan war crimes indictees and agreeing the huge EU Budget. In 1998 he was awarded the CMG for his work in post-conflict reconciliation in Bosnia and Herzegovina.

After leaving the Foreign Office in 2007 he qualified as a mediator with the three top UK mediation professional bodies (ADR Group, the Centre for Effective Dispute Resolution and the Regent’s University School of Psychotherapy and Psychology). In 2010 he was a founding partner of The Ambassador Partnership, the world’s first corporate diplomacy panel. He has given mediation workshops to the European Commission (DG RELEX) as well as masterclasses in specialist negotiation technique to the Comprehensive Test Ban Treaty Organisation, the Organisation for the Prohibition of Chemical Weapons, and many other international bodies and governments. He has worked on the guardianmasterclasses team.

This website uses cookies to improve your experience while you navigate through the website. Out of these, the cookies that are categorized as necessary are stored on your browser as they are essential for the working of basic functionalities of the website. We also use third-party cookies that help us analyze and understand how you use this website. These cookies will be stored in your browser only with your consent. You also have the option to opt-out of these cookies. But opting out of some of these cookies may affect your browsing experience.
Necessary Always Enabled
Necessary cookies are absolutely essential for the website to function properly. This category only includes cookies that ensures basic functionalities and security features of the website. These cookies do not store any personal information.
Non-necessary
Any cookies that may not be particularly necessary for the website to function and is used specifically to collect user personal data via analytics, ads, other embedded contents are termed as non-necessary cookies. It is mandatory to procure user consent prior to running these cookies on your website.
SAVE & ACCEPT